What is a Septic System?

A septic system is an on-site disposal system (OSDS) that is underground. It is the best method of sewage disposal in areas where community sewage disposal facilities are not available and soil drainage is acceptable.

A septic system consists of a septic tank and a drain field. A septic tank is a water tight container that receives untreated household waste. Its purpose is to trap and retain solids, fats, oils, and grease. The drain field is a series of perforated pipes which distribute the liquid from the septic tank to the surrounding soil below the ground.

How a Septic System Works

Waste materials from the house enter the septic tank slowly so that solids and greases can settle to the bottom forming a sludge layer and rise to the top forming a scum layer. The layer between the sludge and scum layers is a layer of liquid called effluent.

When waste enters the tank, bacteria begin to break down the solid materials. This is called decomposition, and as a result, solids are reduced, leaving a residue in the tank. Over time, the remaining residue builds up and must be removed via pumping to prevent it from entering the drain field and clogging the system. 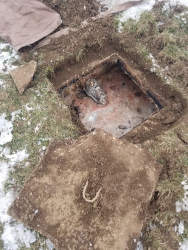 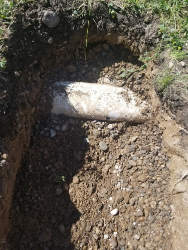 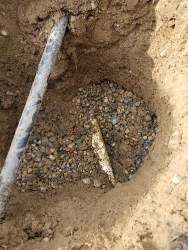 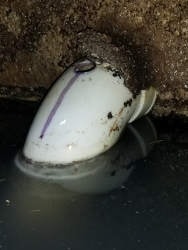 Your septic tank should be pumped out by a licensed operator every 3-5 years, depending on use.

The effluent flows slowly from the tank into the drain field. Pipes in the field are perforated, which allows the liquid to be distributed equally in specially prepared gravel filled trenches. Once the liquid reaches the trenches, it soaks into the soil. The soil then acts as a final filter in the treatment of waste received by the septic system.

Also see information on what is involved in Septic System Inspections.